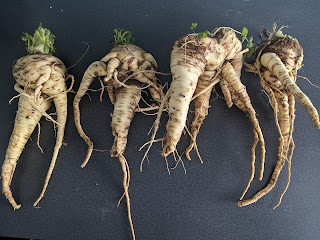 I recently pulled up the last of my parsnips growing in one of my allotment beds and found out they were MONSTERS! They are certainly not the most appealing looking but after being cleaned up and cooked they tasted fantastic. I grew these parsnips from seed and had already harvested some in previous months, so it is safe to say that parsnips were a success. These were the last few that were left in the bed that I wanted to turn over ready for my next batch of crops to go in soon. 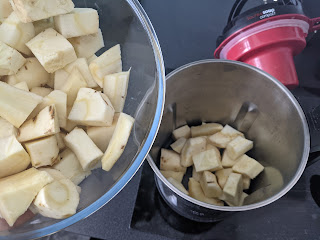 After cleaning and chopping the four monster parsnips you see above I used a couple of handfuls in the soup maker to make a yummy parsnip puree (with only the addition of seasoning) and again another couple of handfuls to make a delicious parsnip soup (with a vegetable stock cube). 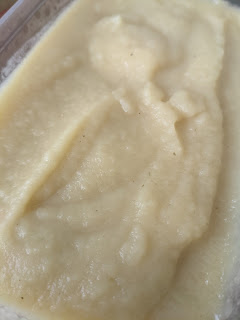 I also sliced one of the parsnips up that we roasted to go with a Sunday lunch (these were a big hit for all the family) before dicing the rest and putting them into the freezer for using another day. 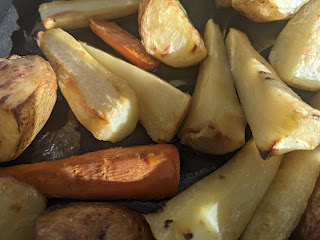 I was really pleased with how these tasted, they may not have looked as good as shop brought parsnips but they taste great so we didn't mind.

These are the seeds we used, 'White Gem' Parsnips from Mr Fothergills i expect the reason they grew in the way that they did is because of the poor ground quality that is very heavy and full of stones. It's taking years to get all the stones out of the growing beds. 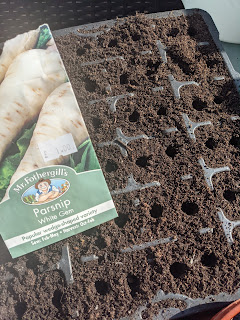 Grow your own Kitchen Garden