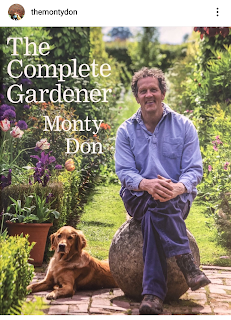 I recently read an article where Monty Don, BBC Gardeners World Star, one of my favourite gardening celebrities responded to a tweet that mentioned his 'luck' with a response that highlighted his garden was the result of years of hard work rather than simply 'luck'

A viewer made a comment on one of his posts showing his garden mentioning how 'lucky' he is.

He replied: "I am indeed - but it has taken 30 years hard work to make that luck…"

You can read the Express article here: 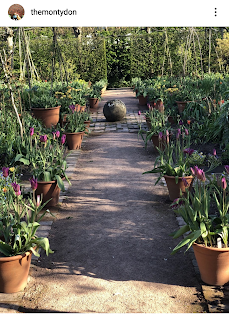 The article I read in the Express, noted above, was actually focused on the Gardener's world hosts response to another tweet he received after he shared images and clips of his much loved Jewel Garden in full bloom at his Herefordshire home, one that accused him of not representing 'most gardeners' experiences of this year so far:

"Lovely Monty but not I think 90 per cent of the audience's experience. I am 60 miles from you. We last had a frost six days ago. Yesterday we had hail thunder and lightening and torrential washout rain. Not a shower. We have not planted yet. Please remember your garden in a parallel universe." Wrote the viewer

I read the article with interest, as though I can see where the viewer was coming from when writing their response to Monty I can also understand why Monty responded back in the way he did.

My attention though was drawn back to the other tweet mentioned in the article, the tweet in which Monty Don talks of how his stunning gardens at his Longmeadow home in Herefordshire, West Midlands was the product of hard work. It reminded me that beautiful gardens of any style require so much more than 'luck', most importantly I think, beautiful gardens take time.

A beautiful garden is created over time, it needs to be thought through, in most cases time is taken to plan and design it, over time it will likely be modified and lessons will be learnt as to what works well where. Most importantly it requires effort and care. 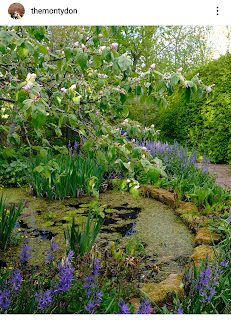 Of course one could argue that re-wilding is beautiful too, that letting nature take its course and overtake a patch of land will result in just as much beauty and I would have to agree. I love both landscaped (with a kitchen garden too of course) and wild gardens, in an ideal world I dream of one day buying a piece of land big enough for both, much like the BBC stars property himself. 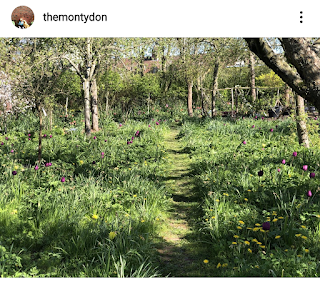 I won't achieve this through luck though (I don't play the lottery) I will have to try instead through hard work, like Monty Don suggests. I will have to work hard firstly in my many job roles to earn enough to purchase the land and then on the land itself.