Planting out tomatoes later than usual | May 2021 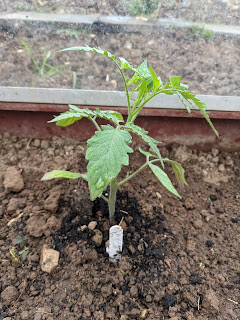 I'm sure if you are a gardener you'll have noticed this year has been very different to previous years in terms of temperature which has had an effect on seed germination and plant growth. I've noticed this year but most seeds have taken much longer to germinate than usual and also that many plants have grown slower than usual.

I've usually already planted out my tomato plants in the garden and in the allotment greenhouse by now but having had a month of frosts in April and it still getting very cold in the evenings i just didn't want to risk losing my seedlings. 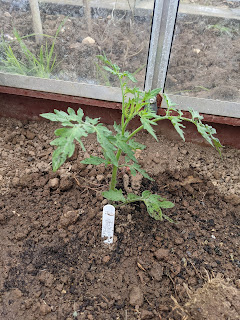 I've got some interesting varieties of tomatoes this year including a range of heritage tomatoes both larger and cherry varieties. 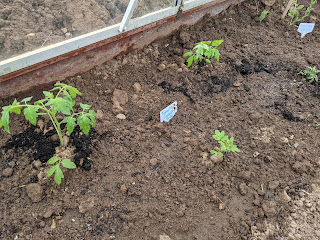 I've been brave and I've put most of the tomatoes out now holding only a few back just in case i lose any to the cold or pests. I've also put a couple of cucumbers and sweet peppers in the greenhouse too. I only this year found out that hot peppers are perennial if kept in a greenhouse, i had no idea until a fellow gardener said that they don't need to sow seeds for them as they over-winter them year on year in the greenhouse! It's going to be my first year trying this so i will let you all know how i get on.
Allotment Greenhouse Grow your own Home Grown Kitchen Garden Planting out Tomatoes