Herbs for my Kitchen Garden 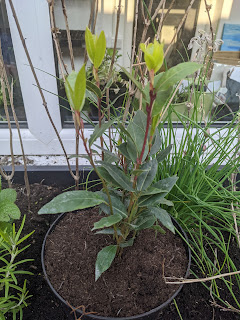 I treated myself to some new herbs for my garden last week, one of which being a Bay that i've wanted for such a long time! 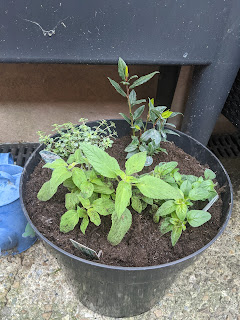 I planted up my new herbs as soon as i got home into the planter you can see above, in there is half of the bay I purchased (the other half is in a pot on its own as in the first photo) Sage, Oregano and thyme. I went for Thyme 'Silver Queen' I'm really hoping that I will be able to over winter this one as I try to go for perennials as much as possible. I'll be drying and storing my herbs through the year so I have plenty to keep me going throughout the year. 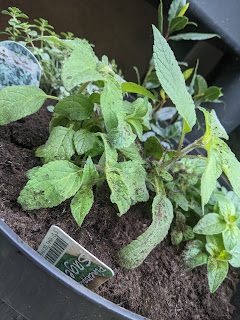 This one is Pineapple sage, i made an error choosing this one as apparently it can be hard to over winter, hopefully though I'll be able to look after it and get it through! 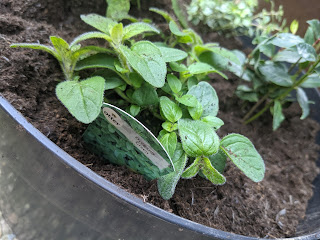 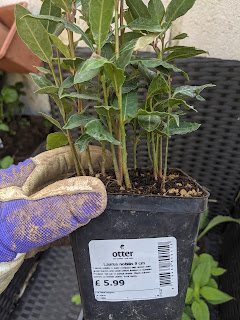 This is the bay that I got, I couldn't afford a big bay tree so I got this with the hope that I could separate it and keep it going for many years to come. I'm hopefully going to separate even further in the future so I can have some at the allotment and in the garden! At the moment I've put half of this in a herb planter and the other half into a pot of its own to see how they do. I love to use bay leaves in cooking so plan to save and dry the leaves as much as possible through the year.