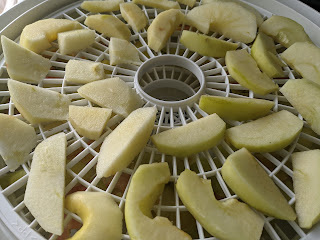 Though these were not grown by me I thought it was worth documenting one of the ways I've learnt how to preserve apples when either we have too many and know we won't get through them quickly enough or when they start to go a bit soft and the kids won't take them in their pack lunch anymore. 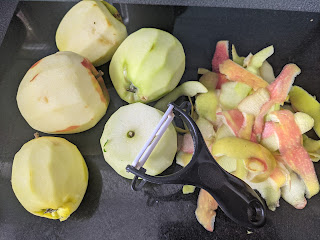 We were gifted a large bowl of eating apples recently and so I decided it was a great opportunity for me to practice my preserving skills. I picked out the ones that were the softest and most likely to go back the soonest and peeled off the skins.
I finely shopped the apples, some into chunks and some into slices, just to see if it made a difference to the drying time or quality. 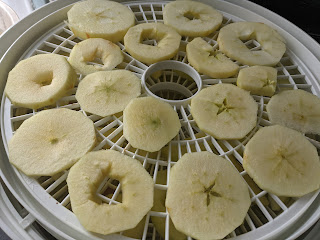 I kept the peel and dried that too, I know so many people who just chuck out the peel but it is such a waste as it can be used to make apple powder which is a great addition to smoothies and porridge to give an apple flavour, it can also be used in apple tea infusions. 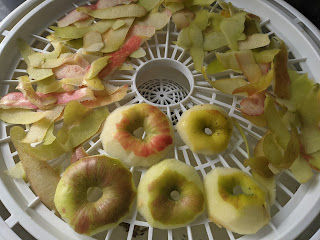 Here is a link to the dehydrator
This isn't the exact same one I have but it is the one I would buy if I needed to buy another one. 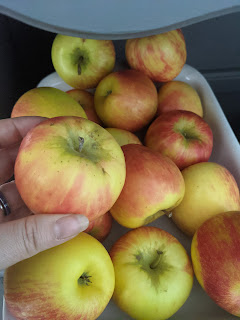 This is what the apple peel looks like dehydrated, I certainly wouldn't eat it like that but once it has been blitzed up it becomes useful again. 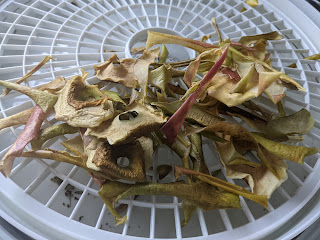 This is how the apple chunks turned out. Both the slices and the chunks were about the same sizes and they all dehydrated in the same length of time. About 5 hours in my dehydrator. 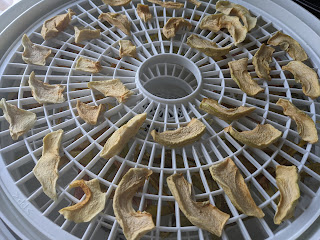 To make the apple powder i simple put all the peel into my blender, which is actually a smoothie maker but it works perfectly for this job.

Here is a link to the smoothie maker
It is currently on sale at a BARGIN price! 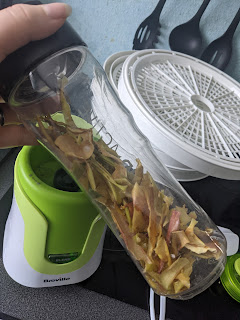 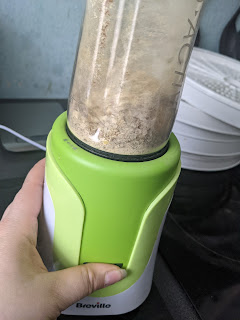 As you can see within just a few pulses it is turned into apple powder.
I then store both the dehydrated apple slices / chunks and the powder in jars. I'm not yet sure how long these will last because we've always used them within about 6 months

The dehydrated apple my kids love as a snack and we also use in baking and the powder we use on porridge, in smoothies and in baking sometimes too. 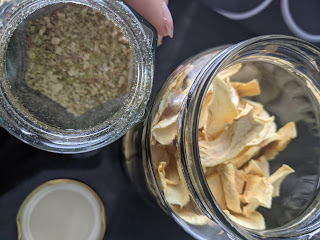 I hope you've found this useful, if you have any other ways you preserve apples please do let me know I'm always interested in learning about other ways things can be preserved.
If you want to know what I used:
Here is a link to the dehydrator
This isn't the exact same one I have but it is the one I would buy if I needed to buy another one.
Here is a link to the smoothie maker
It is currently on sale at a BARGIN price!